Chris Burden's latest piece is a portrait of L.A.'s hot mess of traffic, entitled Metropolis II. The artist has constructed a miniature highway system, complete with 1,200 custom-designed cars, 18 lanes, 13 toy trains and tracks, and a landscape of buildings made with wood block, tiles, Legos and Lincoln Logs.

"Every hour 100,000 cars circulate through the city. It has an audio quality to it. When you have 1,200 cars circulating it mimics a real freeway. It's quite intense." 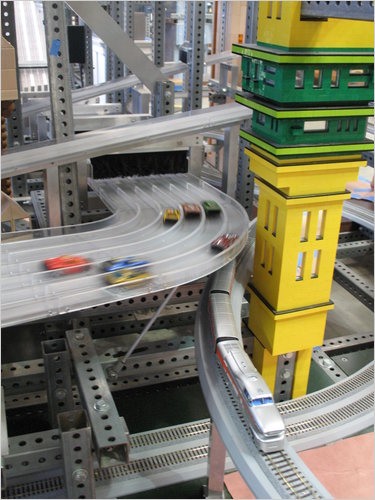 (Fellow Angelenos: the piece will be displayed at LACMA in the near future, though no dates have been posted as of yet.)

P.S. If you aren't familiar with Burden's work, he's the man. Below, a few highlights of the artist's incredible career.

Burden takes a bullet in the name of art (and in protest of the Vietnam War).

"Were these people all frequent visitors to the museum, or to art exhibitions in general? Five years after the 1960s ended, were they now drawn to a man whose work seemed to negate love and music and flowers and—anything at all? Burden was not of the Woodstock Generation. His art perhaps said that art was a mockery. That it was about the artist, who when fully committed was not engaged in life at all, but was on Pause." 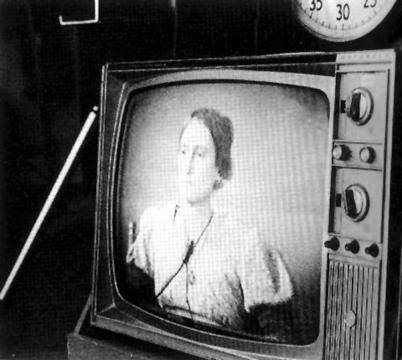 "On January 14 I was asked to do a piece on a local television station by Phyllis Lutjeans. After several proposals were censored by the station or by Phyllis, I agreed to an interview situation. I arrived at the station with my own video crew so that could have my own tape. While the taping was in progress, I requested that the show be transmitted live. Since zhe station was not broadcasting at the time, they complied. In the course of the interview, Phyllis asked me to talk about some of the pieces I had thought of doing. 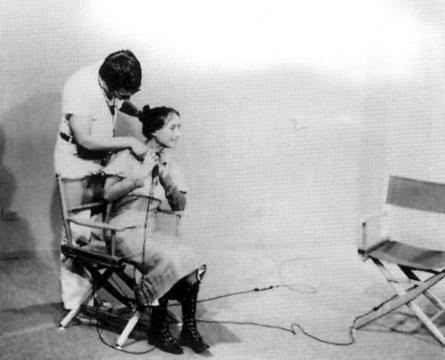 I demonstrated a T.V. Hijack. Holding a knife at her throat, I threatened her life if the station stopped live transmission. I told her that I had planned to make her perform obcene acts. At the end of the recording, I asked for the tape of the show. I unwound the reel and destroyed the show by dousing the tape with acetone. The station manager was irate, and I offered him my tape which included the show and its destruction, but he refused."

Burden crucifies himself on the back of a Volkswagen beetle. Inside a garage, he sprawled across the car face up, and had nails hammered into both hands. The car was pushed out of the garage, the engine was revved for two full minutes, and then pushed back into the garage. 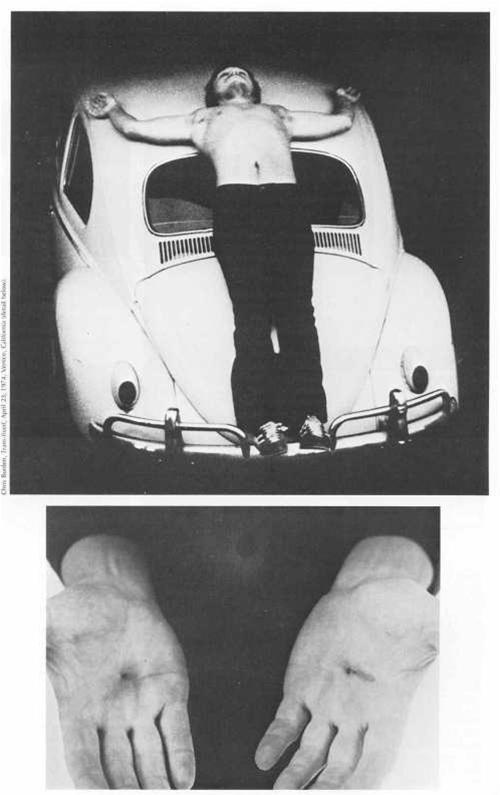 A "factory-like assembly line which manufactures rubber-band-powered model aeroplanes from tissue paper, plastic and balsa wood". Unfortunately, there aren't any great images of this piece online. 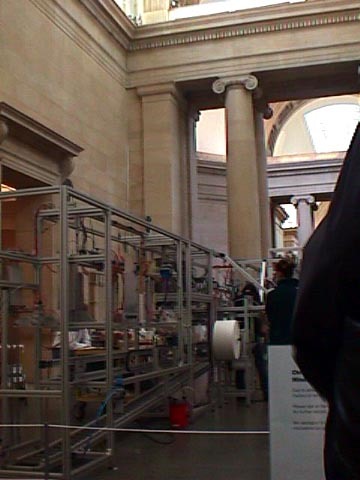 Ghost Ship is a crewless, self-navigating yacht, commissioned by Locus+ at the high cost of £150,000. The ship took a 330-mile 5-day trip from Fair Isle, near Shetland, to Newcastle-upon-Tyne on July 28th, 2005. The ship was navigated with onboard computers and a GPS system, butin case of emergency the ship was followed by a support boat. 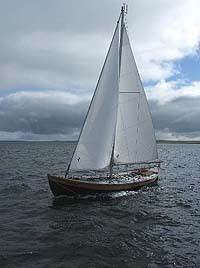 Chris Burden is awesome. I have seen many of his installations and they are amazing.
The LACMA lights installation is truly a sight to see at night in LA.