Electronic waste (or e-waste) is becoming a bigger and bigger problem thanks to the rapid growth of technology. In 2009, the United States produced 3.19 million tons of e-waste in the form of cell phones and computers. It's estimated that 2.59 million tons went into landfills and incinerators with only 600,000 tons actually being recycled or exported. Recycling programs just aren't cutting it, so what's the next best thing? Art.

Marek Tomasik may not be a U.S. resident, but he's successfully repurposed 300 junk computers on his own, along with a bunch of wooden pallets, to create his "You Sometimes Have to Be Open" art installation. It took a whopping 3 years for the graphic artist, sculptor, street actor and "space-time continuum compositor" (whatever that means) to complete his masterpiece. 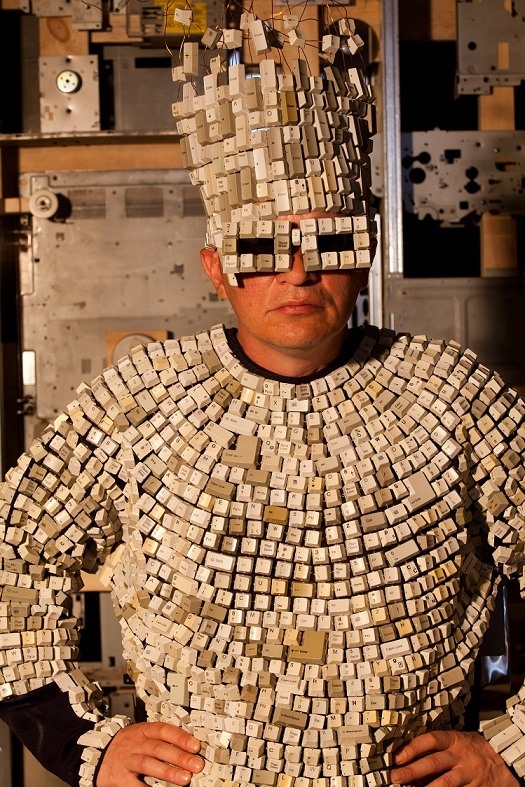 However chaotic it looks, Marek told Pomorska Gazeta that's it's without fault: "The sculpture is perfect. I would not change a single element. And there is no randomness." Judging from his confident pose and key-covered outfit (above), there's no doubt that's the case.

The futuristic cabin is housed inside a historical castle in Swiecie, Poland, and measures roughly 16 feet wide, 13 feet long and 15 feet tall. The only thing inside the large installation is a small chair, also made from junk parts. And since most of you probably won't be visiting Poland any time soon, head over to Marek's website to see an interactive 3D panorama of the installation, complete with droning industrial sounds. 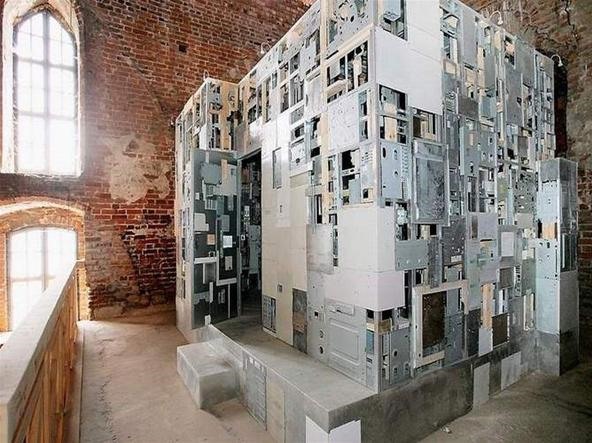 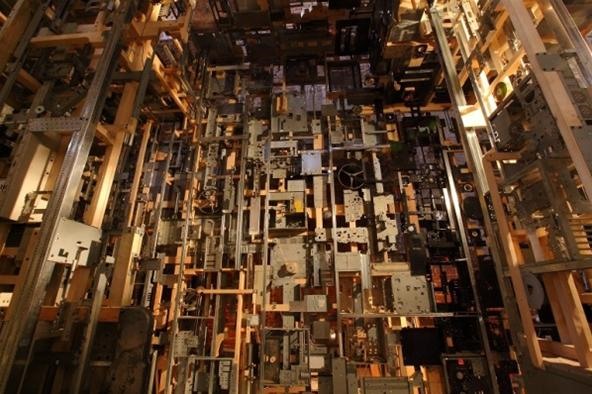 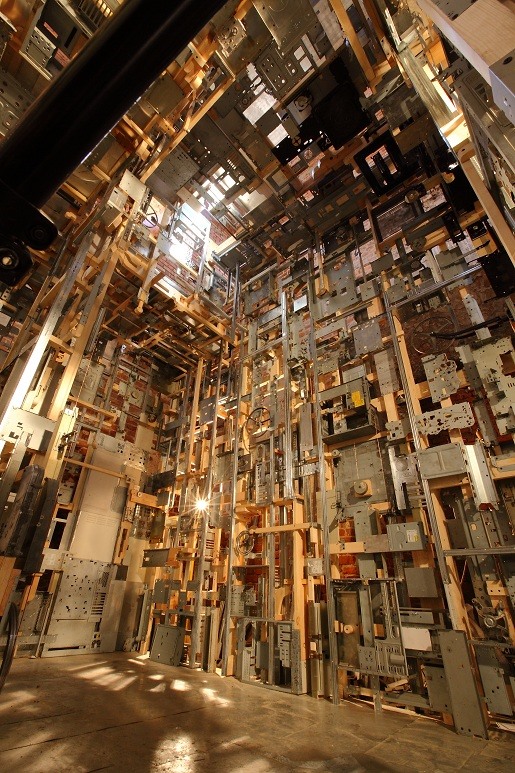 Wow. Just imagine all the cans of air needed to clean that keyboard armor.