Berlin based artist Nils Vöelker's plastic bag installation entitled "One Hundred and Eight" features 108 plastic bags that inflate and deflate by 216 individually controllable computer cooling fans. Völker originally intended the piece to be a giant display screen, but the end result became something much more compelling.

"Völker says, 'I thought I could use it to display words or video. But it's just 108 pixels. In the end it wasn't totally expected, but it is much better: the waves you see in the video are totally hypnotising...There's no message. I just think it's very cool.'"

The movement, rhythm and material quality of of the piece conveys a sort of large, breathing organism. And watching it inhale and exhale is oddly mesmerizing. 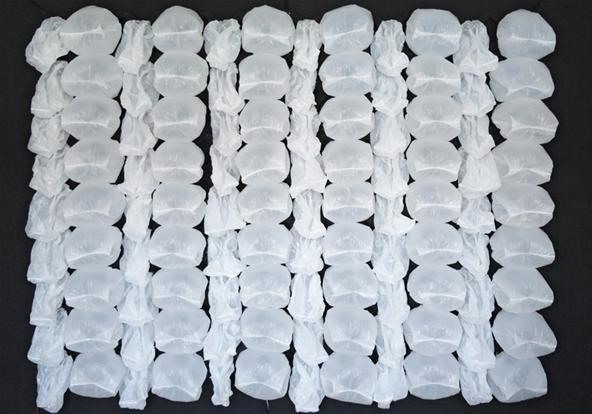 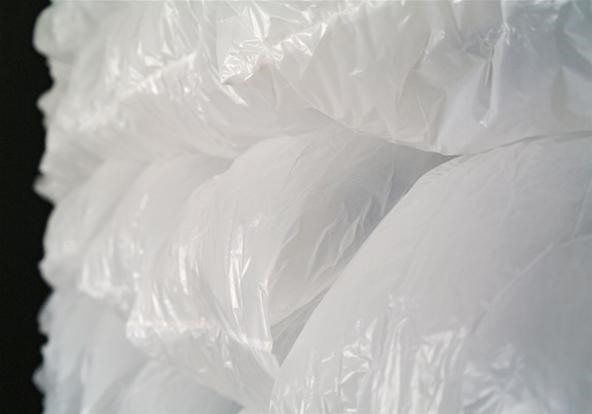 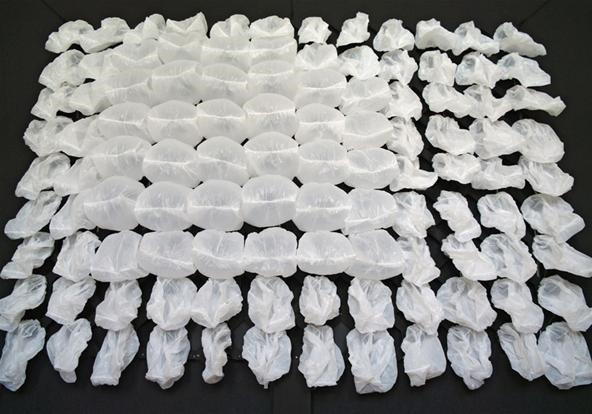 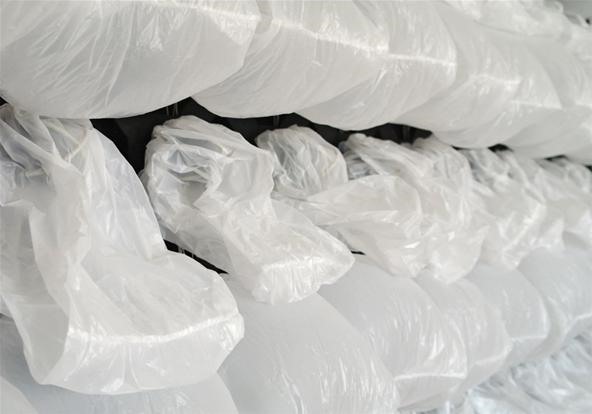 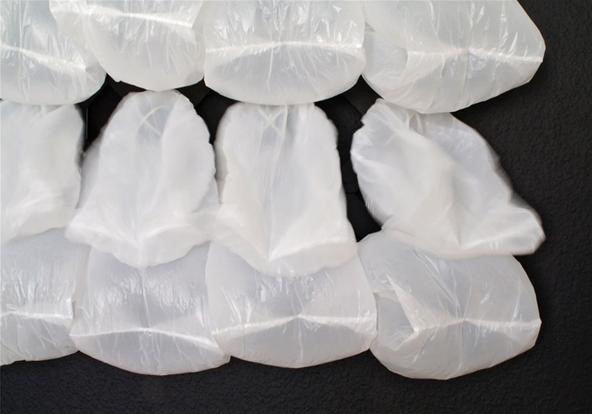 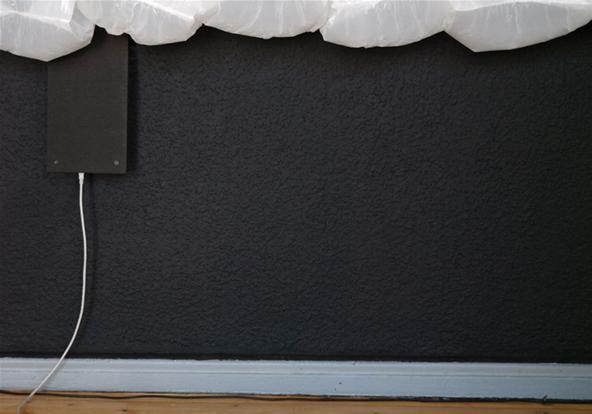 Have the comfort of the ocean in your living room.