As a protest to American consumerism, NYC artist Jeremy Dean converted a Hummer H2 into a horse-drawn carriage "to show just how screwed and unsustainable the auto industry has become." Dean believes the gas guzzling SUV is the epitome of everything that is wrong with American consumerism. Whatever your political opinion may be, Dean's conversion is pretty striking. 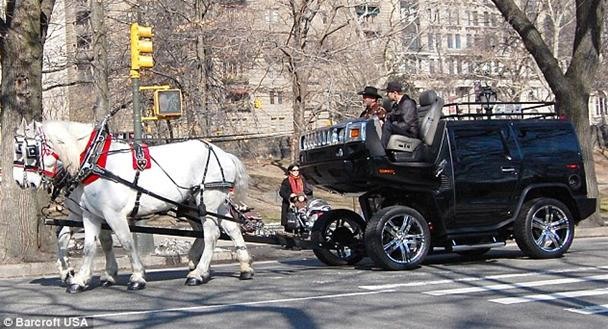 "'I came up with the idea during the global economic meltdown,' Mr Dean said.

'I thought these hummers are the pinnacle of consumerism and a powerful status symbol, so what will happen when they are no longer sustainable?'

It took Mr Dean and a team of mechanics six weeks to 'decimate' the Hummer H2 and turn it into an engine-less carriage.

The project - called Back To The Futurama - made its public debut in New York's Central Park last month, where the hefty 1,800lb cart was pulled by two white horses named Diesel and Dean." 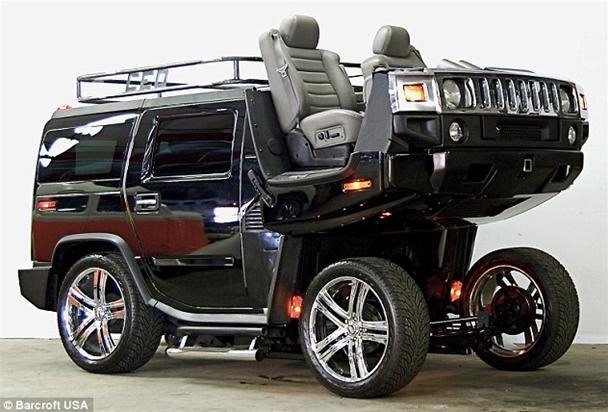 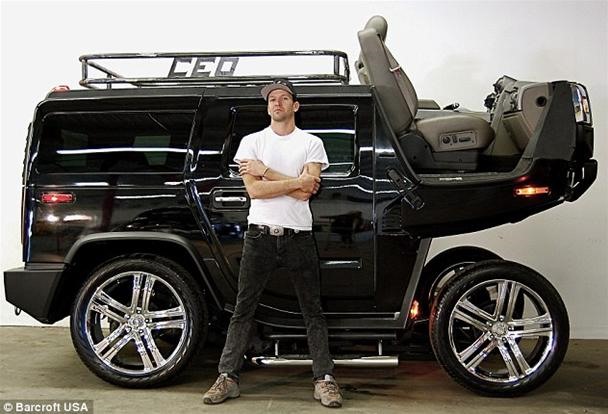 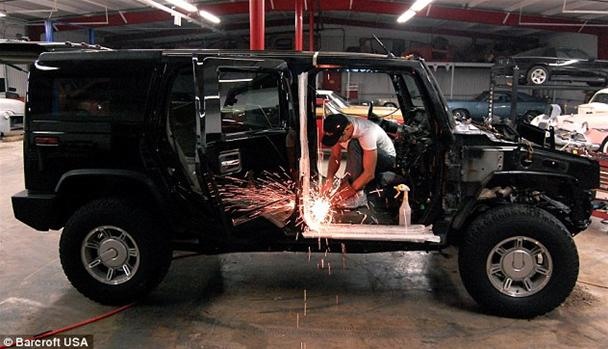 that is not artistic and 100% retarded

Whether its artistic or not, its making a statement.

Unfortunately the statement is "I'm a pretentious douche bag"

Hah, theres no doubt about that though.

It's funny, and I think it's brilliant. There are just some Nimrods who won't get it. I guess thats what makes it art.

hummers are horrible, interesting to see one in a different context

Stupid statement. The people that can afford Humvees will be able to afford them no matter what. Do you think $8 a gallon gas will bother someone who feels they need a humvee? Besides, I'm sick of the leftist wackos and their 'anti-consumerist' rants. There are too many freakin' people on the planet. We cant all live like its 1865 again. That lifestyle is even less sustainable than the ones we live now. Dean and his ilk need to spend their efforts on population control, not anti-consumerism. He and his type can go live in a cave like the Flintstones for all I care, but keep your meddling ash out of my life, you freakin' loser.

Then living like our ancestors did in the 1800's wont help. There wouldnt be any trees left and the pollution from all the fires burning in the homes of 7 billion people will make today seem like the good ol days. And hummers hve nothing to do with clean water. Besides, they're not even made anymore. Wake up.