Artist Marshall Astor has made a fully functional Rubik's Cube out of bronze. 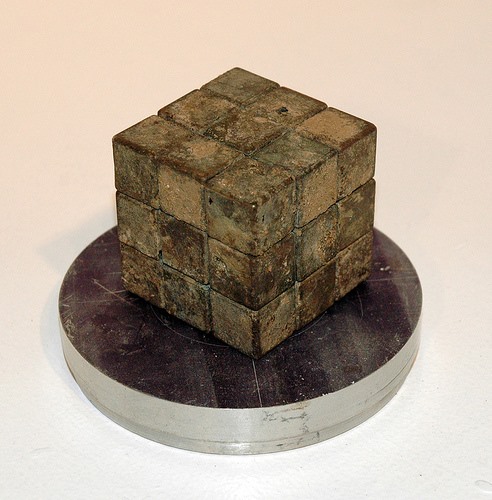 What? No differentiated, colored sides? How do you play? Apparently there's reasoning behind it. Astor gets deep:

"In making a Rubik's Cube with undifferentiated sides, I was attempting to remove the concept of solving or of having a purpose or goal from the Cube. I wanted to create an object that better reflected my own feelings about the Rubik's Cube, and in a broader sense, about the fundamental nature of the Universe.

I view the Universe – or all observable phenomena – to be a purely subjective concept, best defined as the intersecting agreement between all potential subjectivities. The Cube functions as a receiving object, by denuding it of it's role as a puzzle, it becomes a more intellectually malleable object, and the physical action of operating the Cube has a more personal meaning."

Hmm. Well, it looks badass and Astor used his own urine to achieve that attractive patina. 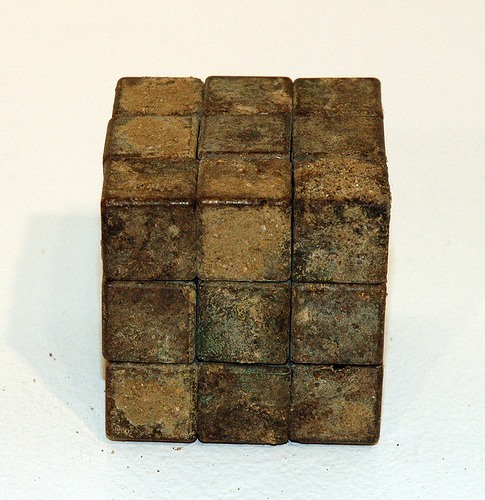 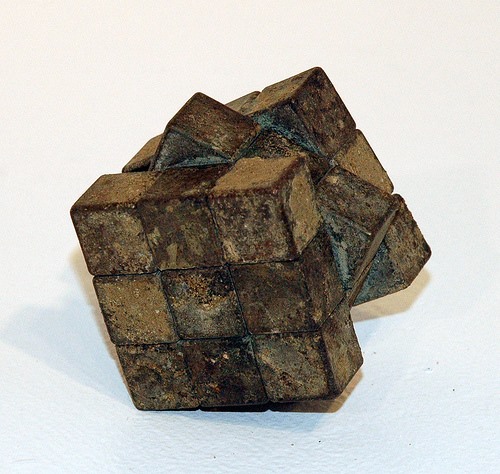 With a regular (plastic) rubik's cube, the pieces flex somewhat and are snapped into place. I wonder -- how do you snap in metal pieces that don't flex like plastic?

Good point. I'll bet it doesn't snap at all. It looks pretty rusty so if I were to bet, I'd say it requires a deliberate force to overcome the friction when turning it. It's probably just up to you to make sure it lines up properly.