Artist Austin Houldsworth of the UK has come up with a device that drastically speeds up the process of fossilisation. Entitled Two Million & 1AD, Houldsworth is capable of creating a fossil in a few months (which otherwise might require thousands of years). Houldsworth is currently experimenting with objects such as a pineapple and phesant, but ultimately hopes to fossilize a human. Houldsworth proposes:

"There are no known petrified remains of Homo sapiens sapiens in the current fossil record. Shouldn't there be?" 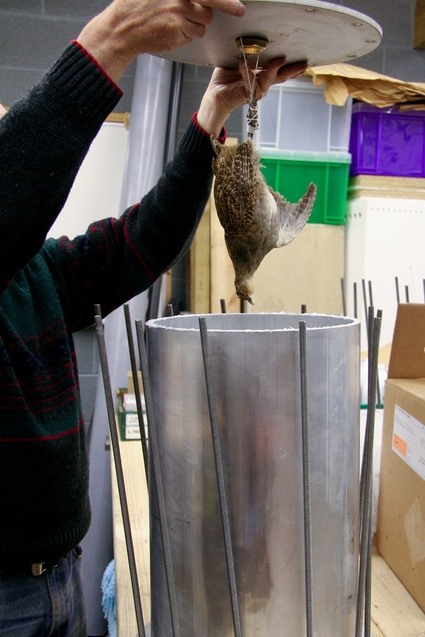 Q: Why did you choose to fossilize one of the estate's glasshouse-grown pineapples? Why not a more English cauliflower for example?

A: I chose the pineapple in favour of a more obvious 'English' alternative in acknowledgement of the history of Tatton Park. Before the park became a National Trust property in the 1958, it was owned and run by a long line of lords, the last being Lord Maurice Egerton. One of the reasons the management at Tatton Park allowed me to construct the machine within their well managed formal gardens was because they believed Lord Egerton, (who took an interest in science and innovation) would have potentially commissioned one himself. Also, at this time to grow a pineapple in England took technological innovation, money and hard work - so perhaps if Lord Egerton was to conserve anything it would have been one of the rare English grown pineapples. 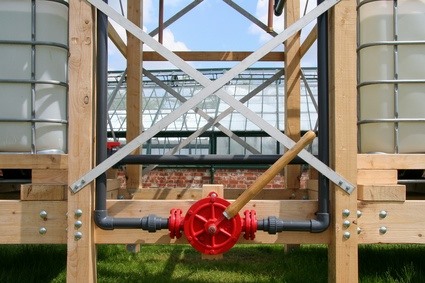 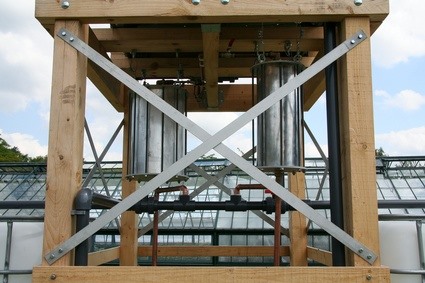 Q: Now can you explain us why you'd like to eventually fossilize a human being? Did you find a "volunteer" for that? and if yes, how?

A: When we start to think of human existence on the same timescale as the dinosaurs, humans appear to be a mere blip on the timeline of this planet. The ammonite (an extinct marine animal) existed for roughly 350 million years, compared with modern humans who appeared about 200 thousand years ago. As we control every aspect of our lives, including our burials, the conditions required for the creation of a human fossil are remote as the casket is the perfect environment for decay. But for me it is the potential that is interesting; the possibility over these timescales that an entirely different race could evolve and with consciousness to contemplate humanities existence - that is what I find fascinating.

Finding a volunteer would not be too difficult; many people I have spoken to are open to the idea of being petrified and becoming a part of the fossil record. Even one of the biennials' curators was open to the idea. However, I do not believe we have the resources or the space for everyone to become a human fossil. I only intend to fossilise one person, whose identity will be concealed. 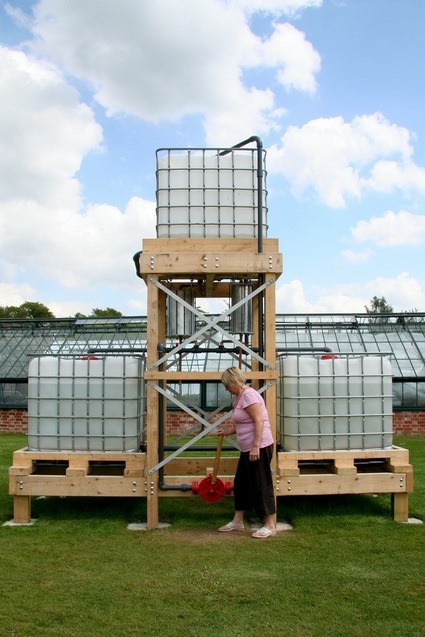 Q: Now how about this 4m-tall, 3 tonnes 'Fossilisation Machine'? Which kind of "rudimentary, human-designed machines" do they contain? How will they manage to fossilize a pineapple? Can you take us through the process of fossilization?

A: The machine itself is constructed from a combination of purpose built parts and off-the-shelf industrial PVC piping, tanks, domestic copper pipe work and a large quantity of limestone with 2500 litres of water. Due to the weight 'Pochins' (a construction firm near Cheshire) pumped in concrete for the foundations which the main wooded frame sits on.

The machine replicates the natural process of Petrification, which is a form of fossilisation where organic matter is replaced with minerals. It does this by saturating the water with an extremely high quantity of minerals in the form of Calcium and Magnesium. A small quantity of sulphuric acid has been added to the tank containing the limestone; this replicates the natural acidity of rain water which reacts with the alkaline limestone and forms Calcium Sulphate (commonly known as gypsum), which is a very water soluble mineral (compared with Calcium carbonate).

Members of the public pump the water from the two tanks at the bottom to the header tank located at the top of the machine. This water then slowly trickles through the containers which house the pineapple and Partridge - and during the Biennial (hopefully) will transform the organic objects into stone. 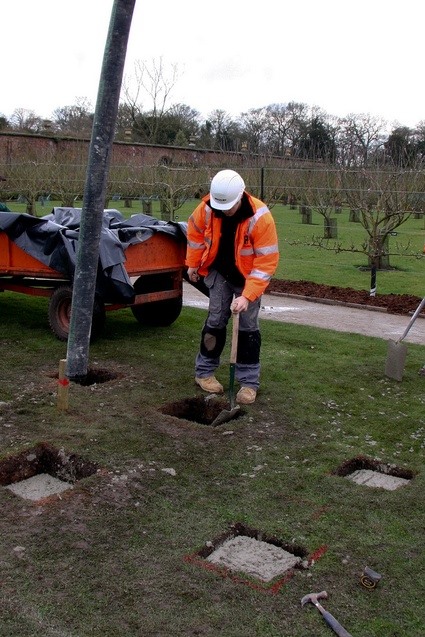 Get the whole scoop at We-Make-Money-Not-Art.