According to Dougherty's site, he has built over 200 sculptures all over the world to date, beginning in 1982. Dougherty uses primitive building techniques to create his tree sapling structures. 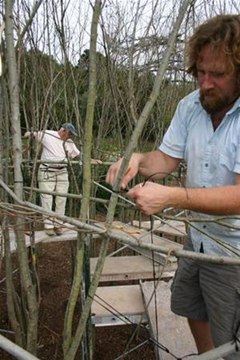 "Dougherty's works allude to nests, cocoons, hives, and lairs built by animals, as well as the manmade forms of huts, haystacks, and baskets, created by interweaving branches and twigs together.

Many of his works look 'found' rather than made, as if they were created by the natural force of a tornado sweeping across the landscape.

He intentionally tries for this effortless effect, as if his creations just fell or grew up naturally in their settings." 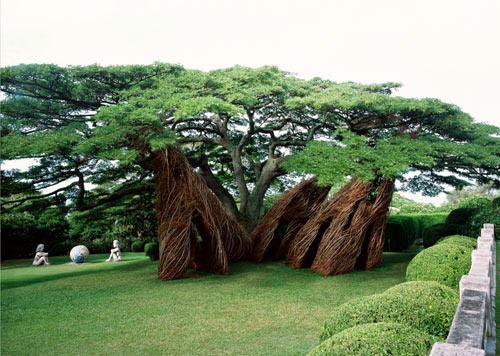 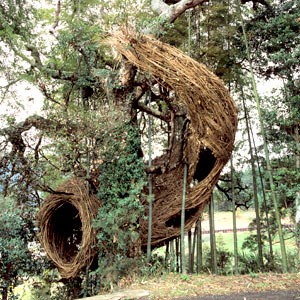 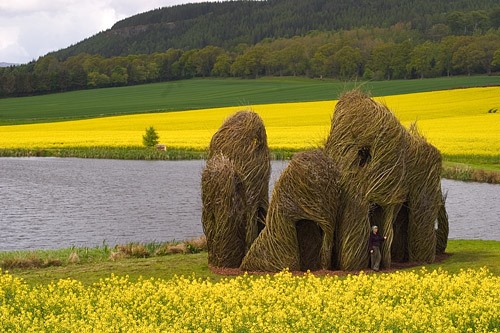 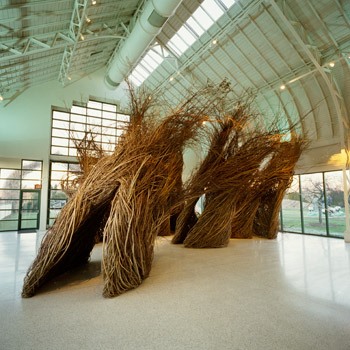 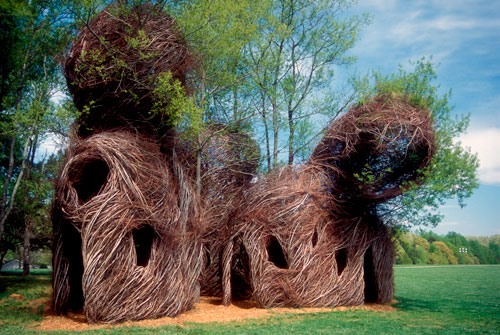 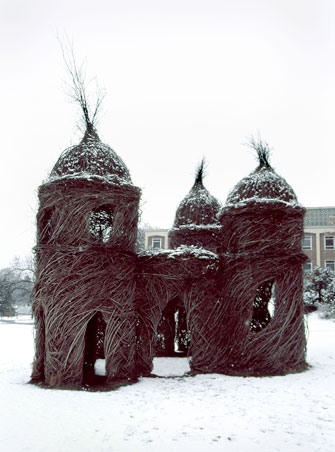 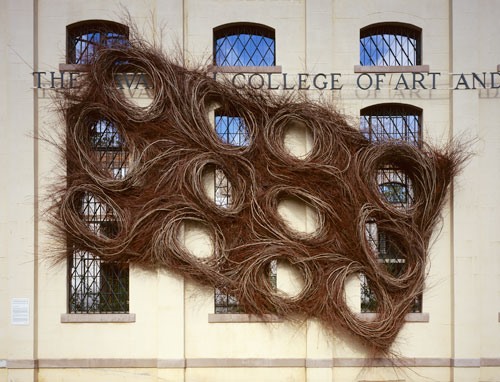 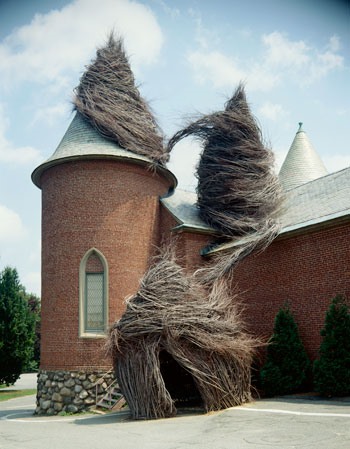 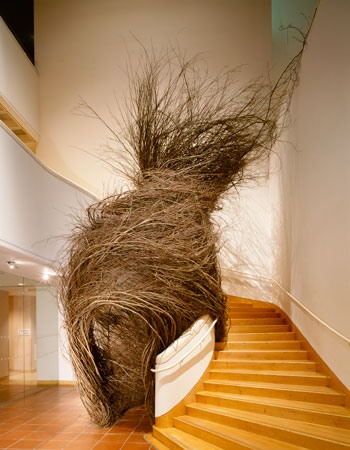 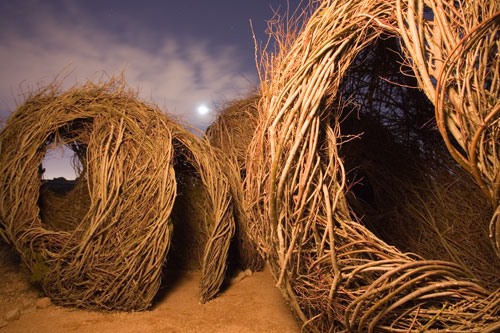 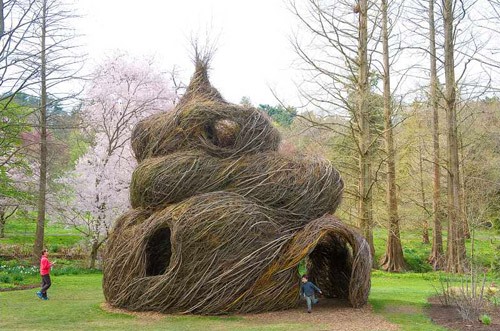 he had an install on melrose a couple years back... by helmut lang, i think. wild to see in person. it is a serious construction. not light weight in build, at all.