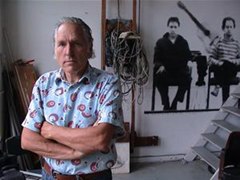 "Since 1990 I have been occupied creating new forms of life.

Not pollen or seeds but plastic yellow tubes are used as the basic material of this new nature. I make skeletons that are able to walk on the wind, so they don't have to eat.

Over time, these skeletons have become increasingly better at surviving the elements such as storms and water and eventually I want to put these animals out in herds on the beaches, so they will live their own lives."

Jansen's work is essentially a meeting place of engineering and art, as he says in the BMW commercial below, "The walls between art and engineering exist only in our minds." 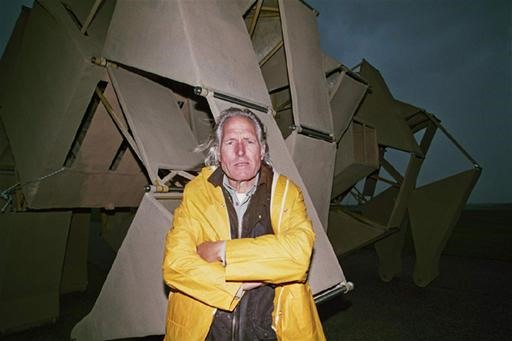 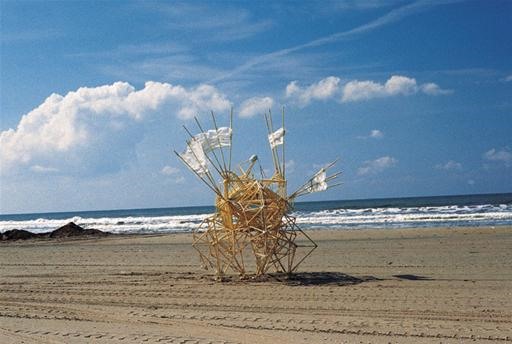 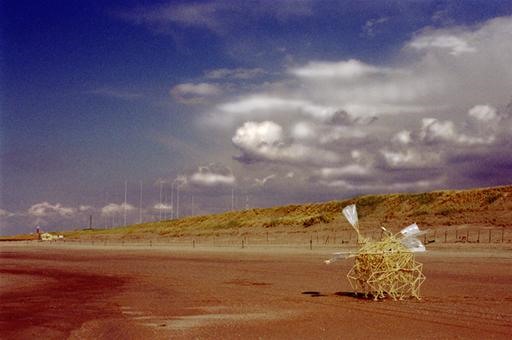 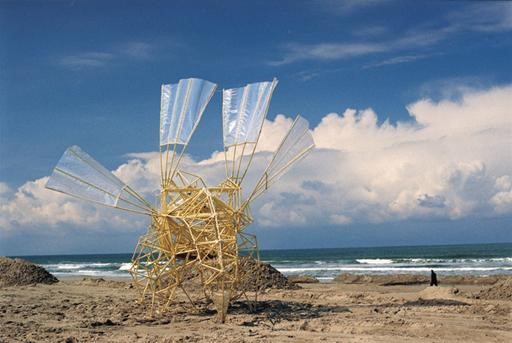 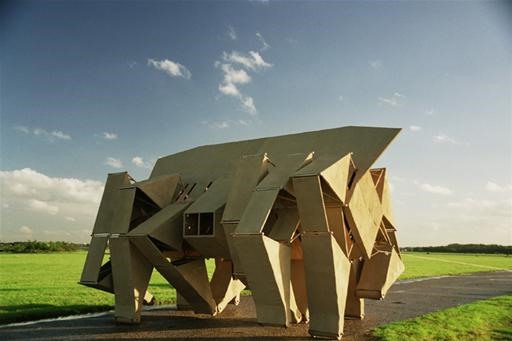 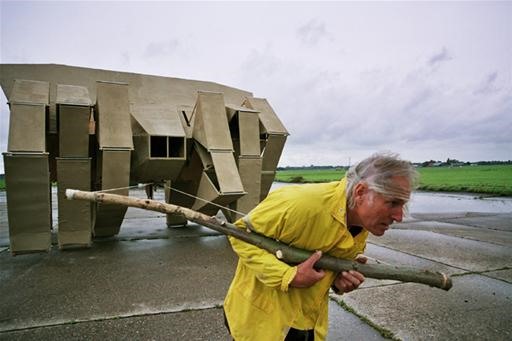 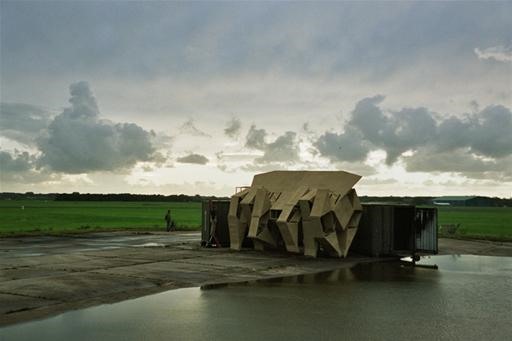 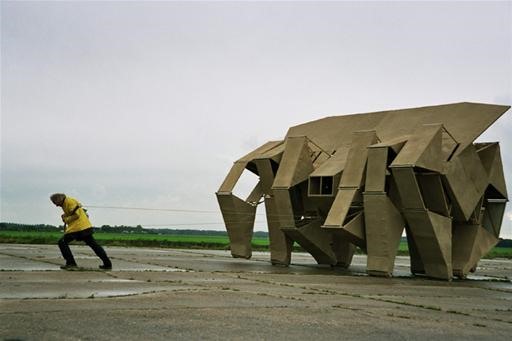 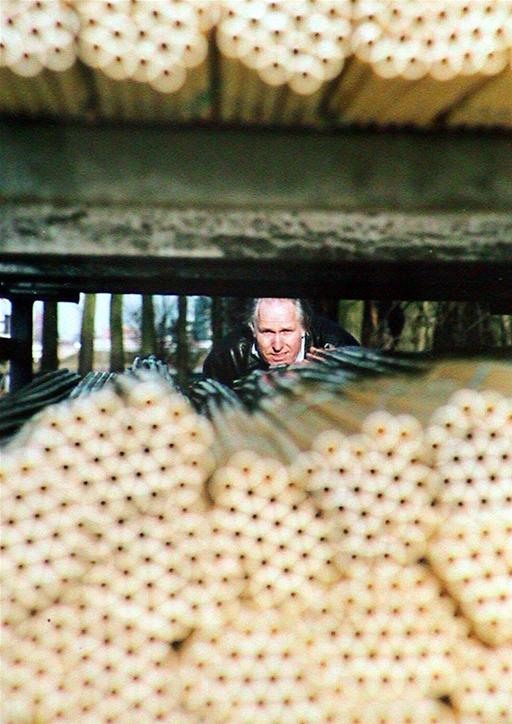 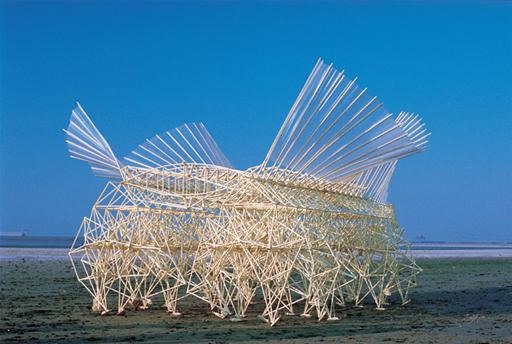 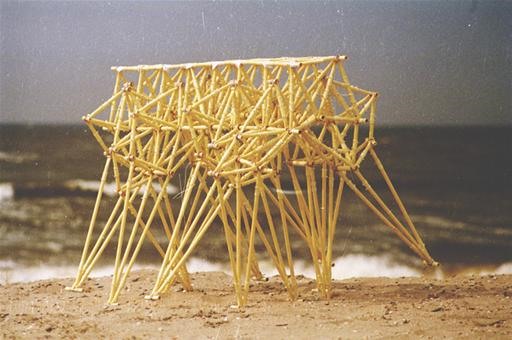 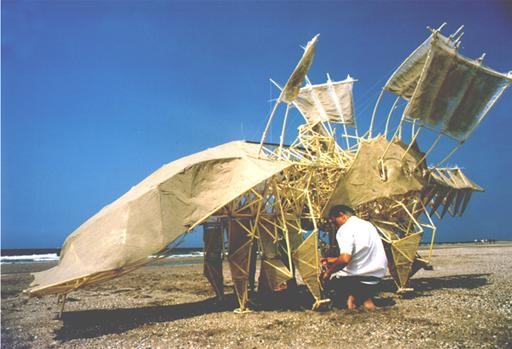 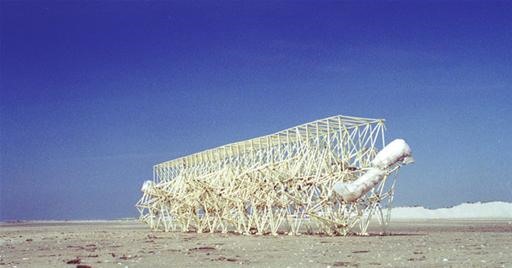 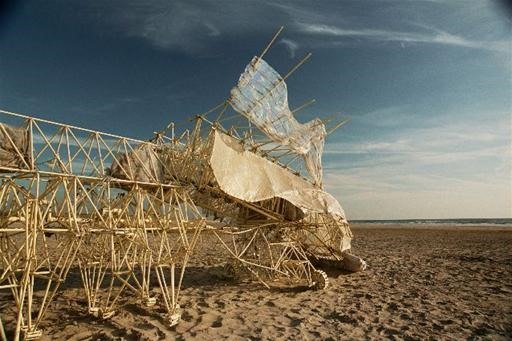 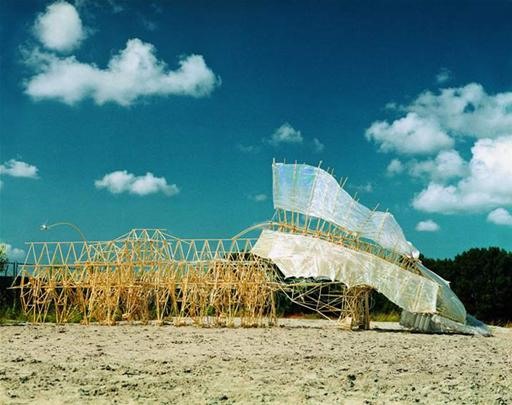 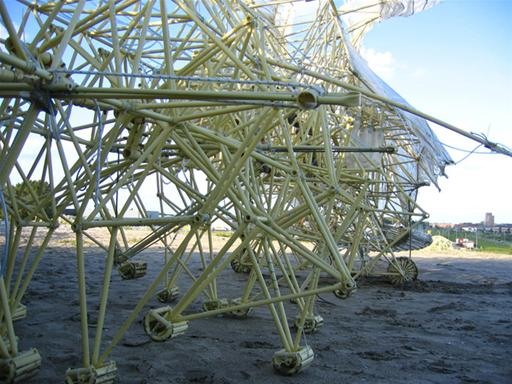 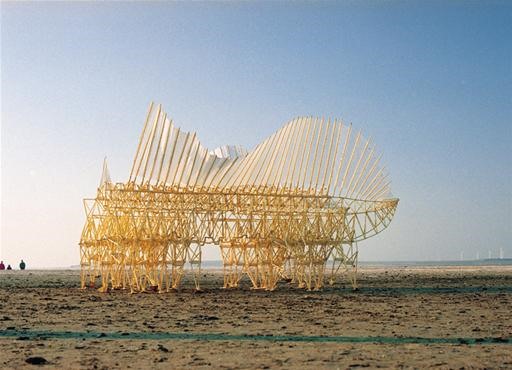 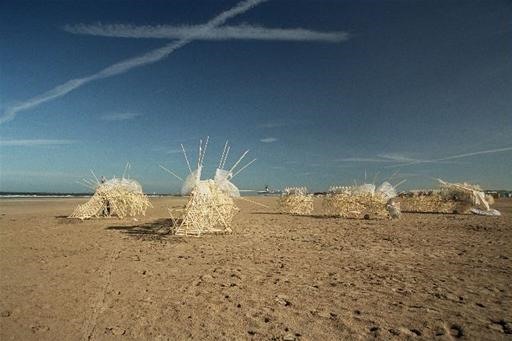 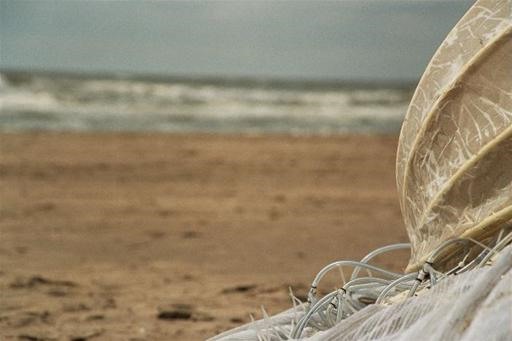 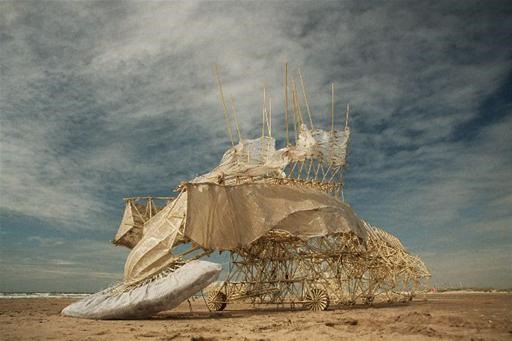 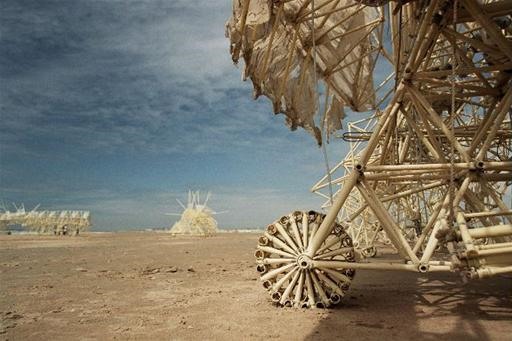