The German police have their panties in a bunch over a highly inflammatory sculpture of a urinating policewoman by artist Marcel Walldorf. Entitled "Petra", the hyperrealistic figure depicts a female officer crouched, peeing with buttocks exposed. The most chilling detail is her riot baton casually propped on the wall next to her. 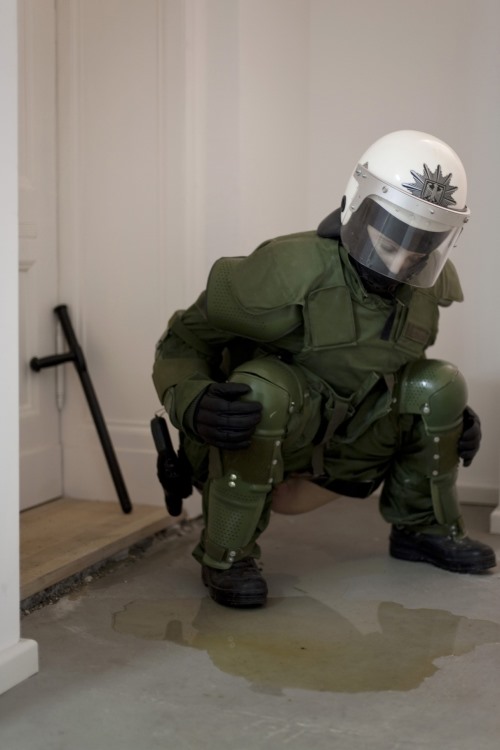 Awarded the 1,000-euro prize by the prestigious Leinemann Foundation for fine arts, the piece has created quite the controversy:

"[The foundation's jury stated], 'It shows very well the difference between the public sphere and the private sphere.'

But Saxony interior minister Markus Ulbig, who is responsible for the state's security services, told the German press he was shocked by the sculpture, which he branded an insult to police officers.

The GdP police union also blasted the piece, saying 'it breached the limits of artistic freedom.'" 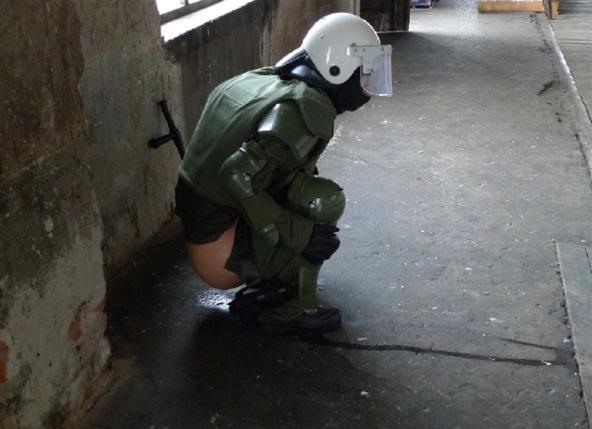 I like it. Don't know why others don't. Is it hurting anyone? No. So what's the big deal?

It is stupid! It does not say anything other than a cop is human. It isn't even funny. Now if the cop were squatting over a demonstrator it might be sort of funny.

That is a pretty big blow to the police. Basically a bitch slap full of humiliation to the face.

hilarious. I love the 'it breached the limits of artistic freedom' comment.

I would say it is an insult to the police in a vague way - sort of saying that this is them with their pants down, humiliation in that they are filthy and primitive, perhaps calling their tatics primitive and basic too with the style of a riot officer. Though as much as it seems this way it also seems like another classic piece of art - much like marmite - you either love it, or you hate it. The one thing which catches my eye, is the detail in the actual figure and the time taken to perfect the look, even if it is just "taking a leak" in its pose.