As some of you may know, contemporary king of kitsch Jeff Koons exhibited at the French palace of Versailles last year. While the exhibition was embraced by many as an exciting context for contemporary art, predictably old fogies and critics of the art market balked.

Looks like the concept is becoming an annual tradition, and this year's selected artist is pop master Takashi Murakami. Murakami's 22 works are now up in the historic palace, and again have ignited controversy (Koons looks tame next to Murakami's milk spewing breasts and ejaculating figures). The aforementioned works are not even included in the show, but art prudes still got their panties in a bunch:

"The young man with an erect penis whose sperm forms a lasso, the little woman with big breasts whose milk forms a skipping rope — these have no place in the royal apartments."

What royal apartments? Murakami selected pretty family friendly work for the exhibition. Images and artist statement below the video. 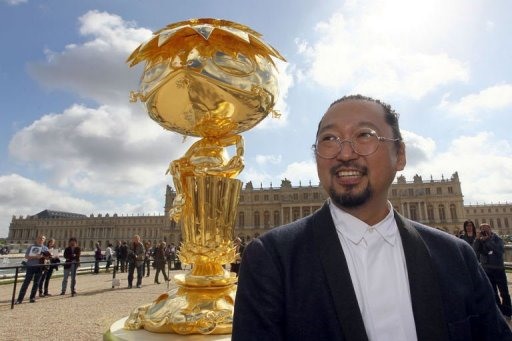 "For a Japanese like me, the Château de Versailles is one of the greatest symbols of Western history. It is the emblem of an ambition for elegance, sophistication and art that most of us can only dream of. Of course, we are aware that the spark that set fire to the powder of the Revolution came directly from the centre of the building.

But, in many respects, everything is transmitted to us as a fantastic tale coming from a very distant kingdom. Just as French people can find it hard to recreate in their minds an accurate image of the Samurai period, the history of this palace has become diminished for us in reality.

So it is probable that the Versailles of my imagination corresponds to an exaggeration and a transformation in my mind so that it has become a kind of completely separate and unreal world. That is what I have tried to depict in this exhibition.

I am the Cheshire cat that welcomes Alice in Wonderland with its diabolic smile, and chatters away as she wanders around the Château.

With a broad smile I invite you all to discover the wonderland of Versailles." 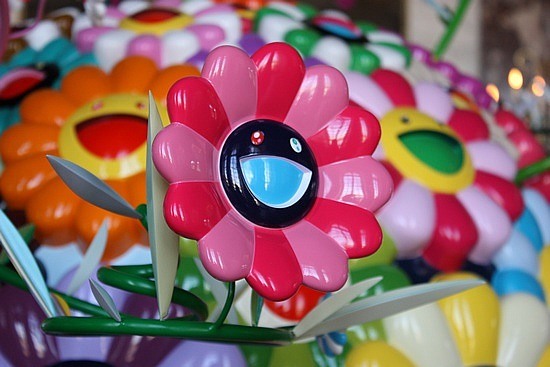 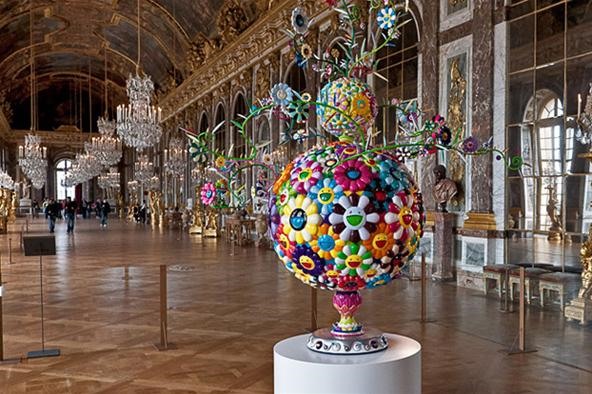 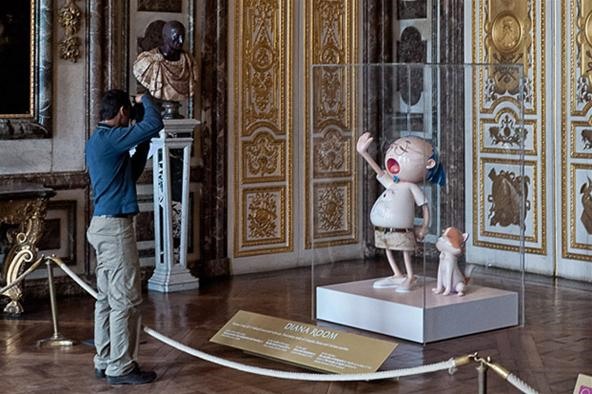 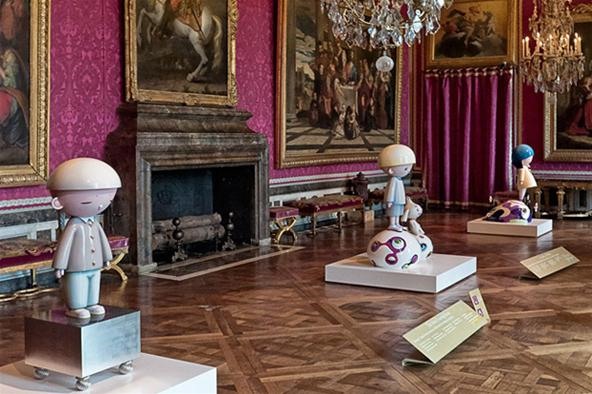 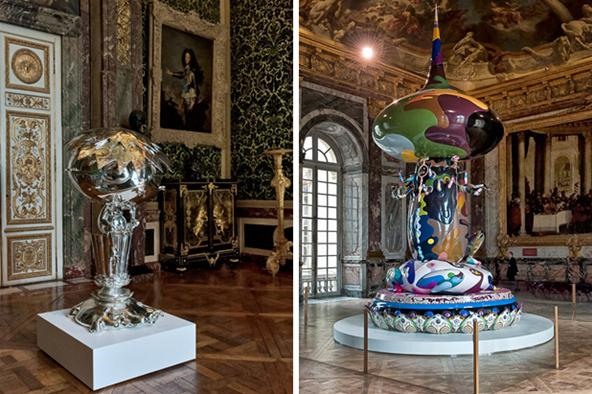 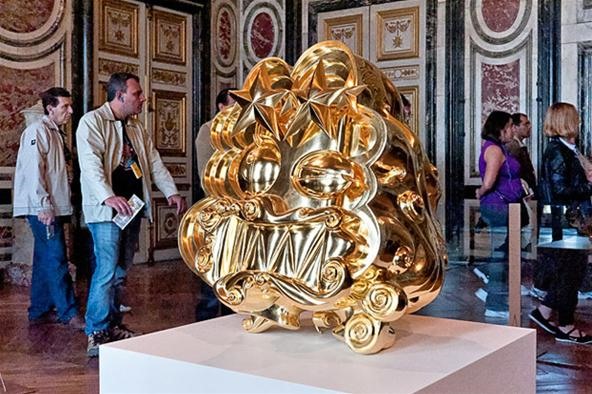 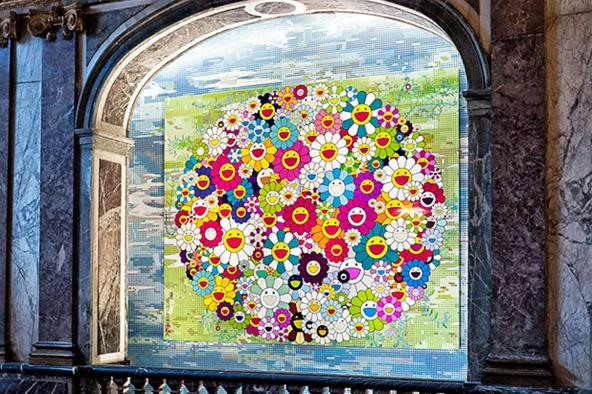 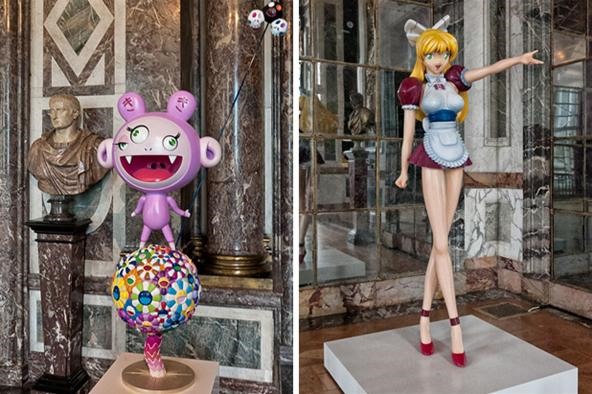 I was there for the Jeff Koons in Versailles thing. It was the perfect setting for his work.

i'm going to the murakami show in november. can't wait!